The greatest garbage patch on earth!

PLASTIC ACCUMULATION:  It is estimated that 1.15 to 2.41 million tonnes of plastic are entering the ocean each year from rivers. More than half of this plastic is less dense than the water, meaning that it will not sink once it encounters the sea.

1.15 TO 2.41 MILLION METRIC TONNES OF PLASTIC ARE ENTERING THE OCEAN EACH YEAR.

The stronger, more buoyant plastics show resiliency in the marine environment, allowing them to be transported over extended distances. They persist at the sea surface as they make their way offshore, transported by converging currents and finally accumulating in the patch.

Once these plastics enter the gyre, they are unlikely to leave the area until they degrade into smaller microplastics under the effects of sun, waves and marine life. As more and more plastics are discarded into the environment, microplastic concentration in the Great Pacific Garbage Patch will only continue to increase.

The Great Pacific Garbage Patch (GPGP) is the largest of the five offshore plastic accumulation zones in the world’s oceans. It is located halfway between Hawaii and California. 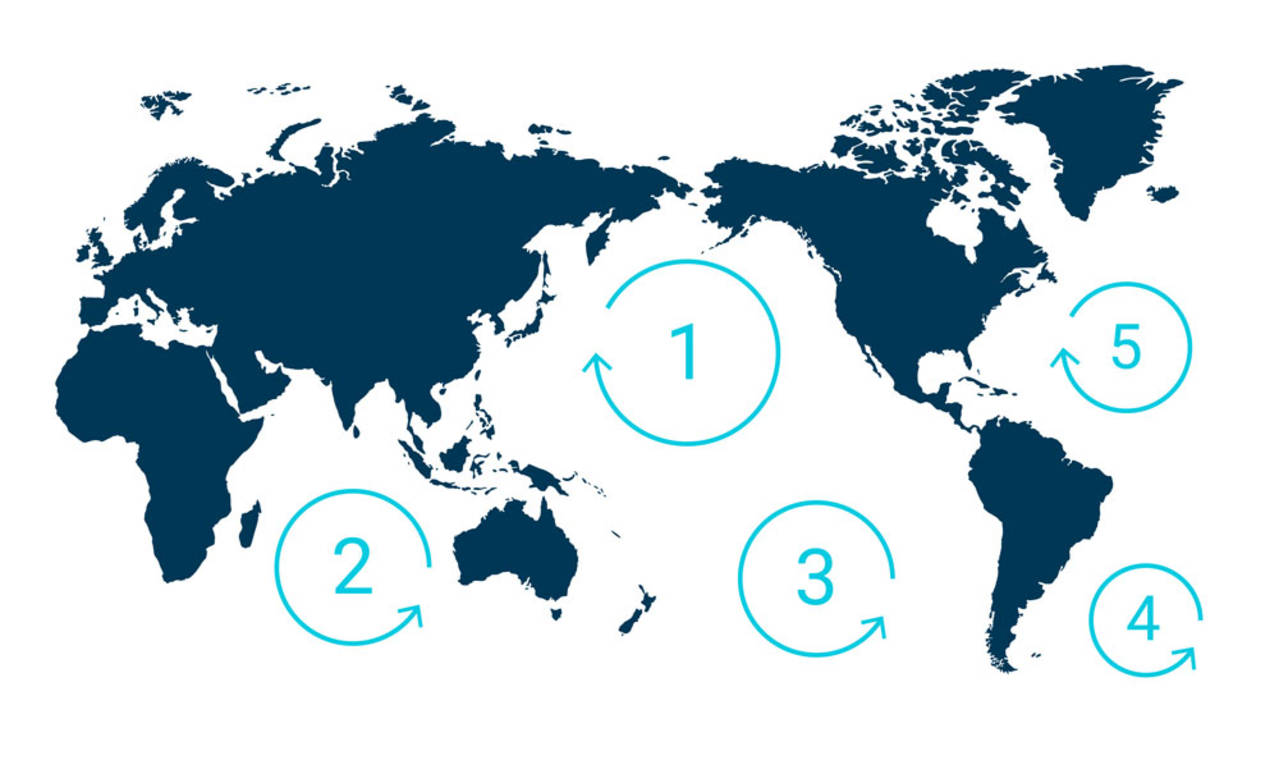 OVER 5 TRILLION PIECES OF PLASTIC CURRENTLY LITTER THE OCEAN

Trash accumulates in 5 ocean garbage patches, the largest one being the Great Pacific Garbage Patch, located between Hawaii and California. If left to circulate, the plastic will impact our ecosystems, health and economies. Solving it requires a combination of closing the source, and cleaning up what has already accumulated in the ocean.